Rated 5.0 out of 5
5 Reviews
Our Complete Mushroom Blend Mix consists of the 8 carefully selected Super Mushrooms: Cordyceps Sinensis, Red Reishi, Chaga, Lion’s Mane, Shiitake, Turkey Tail, Maitake, Agaricus Blazei Murrill. The most convenient way to consume all of your super mushrooms at once. This way you can benefit from the variety of body and mind benefits that they have to offer.

The blend has been formulated for people who desire an ell encompassing supplement focusing on prevention as opposed to reaction. Remember, consistency is key.

The Chaga mushroom is a powerful mushroom that has grown in popularity thanks to its immune boosting, cancer fighting, blood sugar and cholesterol lowering properties.

Being a staple in eastern medicine Reishi may have several molecules, including triterpenoids, polysaccharides and peptidoglycans that are responsible for its health effects. Benefits that include but are not limited too Immune support, anti-cancer properties and the fight against fatigue and depression.

Violent yet nutritious, thanks to numerus animal studies Cordyceps is fast gaining popularity as a mushroom to be reckoned with. Thanks to Cordycepses role in increasing the body’s production of the molecule adenosine triphosphate (ATP) one can expect strong energy boosting & stamina enhancing properties. Furthermore, evidence of anti-aging, anti-tumour and heart health have been researched as part of the aforementioned studies.

Gaining notoriety thanks to people like Tim Ferris, Lion’s Mane has been gaining attention for incredible cognitive enhancing properties. Studies have found that lion’s mane mushrooms contain two special compounds that can stimulate the growth of brain cells: hericenones and erinacines.

Lion’s mane is also widely known for its Nervous System Injurie Recovery Assistance: Research has shown that lion’s mane may help speed recovery from nervous system injuries by stimulating the growth and repair of nerve cells.

Native to East Asia and many western restaurants Shiitake might be the most well-known mushroom of them all. Medicinal Immune Boosting Mushroom. Consisting of the three compounds Eritadenine, Sterols & Beta glucans, this Super Mushroom has antibacterial/antiviral properties, can also help to lower cholesterol levels and boost the immune system.

“Maitake” means dancing mushroom in Japanese. The mushroom is said to have gotten its name after people danced with happiness upon finding it in the wild, such are its incredible healing properties.

This mushroom is a type of adaptogen. Adaptogens assist the body in fighting against any type of mental or physical difficulty. They also work to regulate systems of the body that have become unbalanced. While this mushroom can be used in recipes for taste alone, it’s considered to be a medicinal mushroom.

The least known mushroom among these titaks the Agaricus blazei mushroom extract are incredibly popular in japan due having shown to support healthy insulin sensitivity, which can help regulate blood sugar levels,

Works as an antioxidant, helping to protect the body from free radicals, which can cause damage to cells and lead to infections and disease.

Smoothie: Add 1 tsp (5g) to your Smoothie and/or Smoothie Bowl

Coffee: Add ½ tsp to you coffee

What is the Polysaccharide content and what does it mean?

To avoid getting too technical, polysaccharides are fundamentally long chain carbohydrates. Most if not all medicinal mushroom retailers will quote a Poly. Content between 10%-50% as a means to persuade you on its strength however this may potentially be misleading.

The reason it may be misleading is because the poly content is a factor but not the essence that makes the mushroom amazing. Inputs that influence the % is what it’s made up of (fruiting body or Mycelium) and where its grown (mycelium is grown on grain, grain as we know is a carbohydrate as such will dramatically overstate the actual %)

The types of polysaccharides important to fungi are the beta-D-glucans (1-3, 1-6). The 1-3 or 1-6 are specific branching structures. Enough of the organic chemistry jargon…

Why this is important is because bulk of the medicinal mushroom research is based on the effects of these beta-glucans not the poly content.

What does the Fruiting body or Mycelium mean in the context of a Mushroom blend?

A fruiting body is generally what you would visually recognize as a mushroom. It is fleshy, contains spores, and grows above ground or directly on the surface of its host, like a tree or old log. The mushroom's fruiting body comprises a stem, cap, and gills, which are what the general populace would eat in a culinary dish, but in nature, it acts primarily as the reproductive component of a fungal system, dispersing spores and inoculating hosts.

Mycelium is the main body and feeding membrane of a mushroom. It grows underground or within the host plant. While it might not look like much, the mycelium acts much like a complex network that can communicate with and adapt to its surrounding environment. Think of it like the roots of the mushrooms.

What’s the difference, which one is better?

Mycelium, on the other hand, was primarily created as a cheaper alternative that was quicker to produce. The benefits of mushroom extracts are studied in relation to the fruiting body. Mycelium actually contains very little of the important compounds, vitamins, and nutrients of the actual mushroom. Furthermore, mycelium is not allowed to be considered a mushroom by the FDA, but many companies in the mushroom extract industry will hide this with clever labels. For instance, instead of listing beta-glucans (the effective compounds in fruiting bodies), mycelium producers will generalize by stating that their product contains high amounts of polysaccharides. This isn’t untrue but only because polysaccharides are a class of carbohydrates, and the brown rice used in mycelium extracts is definitely a carbohydrate. In other words, the high amount of polysaccharides mainly comes from the starch, gluten, and other non-mushroom components in the brown rice.

Which one is Chirp Nations made up of?

The product is a 100% fruiting body extract. The extract provides a concentrated form of the glyconutrients and healthy components present in the mushrooms. The fruiting body is where the magic is.

Chirp Nation Mushroom Blend is on the top end of the beta glucan content with a staggering 30%. It’s the real stuff.

What is difference between powder and Extracts?

The extract for a 50% polysaccharide content is made on a 20:1 ratio.

What are the different extraction methods?

An extract is a preparation that results from taking raw plant material and applying a solvent to it, such as water or alcohol. The solvent causes the dis-solvable compounds to be separated from the structural part of the plant or mushroom.

Extracts contain high levels of the active ingredient a particular herb or mushroom is known for, such as the beta-glucans found in most medicinal mushrooms.

Another advantage of extracts over raw herbs is higher bioavailability – a fancy term that means they are easier for the body to absorb and use.

A hot water extract is exactly what it sounds like – using hot water to dissolve water-soluble ingredients from raw herbs or mushrooms. The same process is undergone for Alcohol extraction where the water is substituted for alcohol. In some cases, it may be beneficial to use both water and alcohol extraction – a method referred to as a dual or double extraction. In a dual extract, the material is first extracted with

either hot water or alcohol, and then the remaining plant material is extracted again with the other method.

Which extraction method is better?

When shopping around for mushroom supplements, it is beneficial to know what kind of extraction method is used for your specific product. This will ensure that you are getting a high-quality supplement that actually works.

If you are looking for a Cordyceps, Lion’s Mane, Turkey Tail, Shiitake, or Maitake mushroom product, you should look for a hot water extract product. This is because their most important active ingredients – beta-glucans – are water-soluble. Using alcohol or dual extraction for these mushrooms is not desirable, because alcohol would cause some of the the beta-glucans to solidify and be filtered out of the liquid.

On the other hand, the reishi and chaga mushrooms benefit from dual extraction because they contain both water-soluble beta-glucans and alcohol-soluble terpenoids.

What is the mixing proportion?

We have equally represented each mushroom extract in the powder, thus the mixing ratio is 1:1.

Is it safe to consume during pregnancy?

Generally speaking if you are pregnant or trying to conceive, we recommend seeking medical advice before taking the mushroom blend or any of our other products.

Furthermore, to date, there has been no concerted investigation into the use of these mushrooms in pregnancy and lactation. Gaining notoriety thanks to people like Tim Ferris, Lion’s Mane has been gaining attention for incredible cognitive enhancing properties. Studies have found that lion’s mane mushrooms contain two special compounds that can stimulate the growth of brain cells: hericenones and erinacines.

These super mushrooms are all known for their incredible immune Boosting properties. Shiitake in particular contains the three compounds Eritadenine, Sterols & Beta glucans, which are powerful immune boosting components.

Lion’s mane is also widely known for its Nervous System Injurie Recovery Assistance: Research has shown that lion’s mane may help speed recovery from nervous system injuries by stimulating the growth and repair of nerve cells.

For the whole Family

Loading...
Was this helpful?
K
Kate Reviewed by Kate
Verified Reviewer
I recommend this product
Rated 5 out of 5

Its so much easier having everything in 1 pouch! I throw this into my smoothies every morning.

Loading...
Was this helpful?
M
Marcel Reviewed by Marcel
Verified Reviewer
I recommend this product
Rated 5 out of 5

I used to buy my mushroom powders separately until I found this blend. Really happy with the quality and the price!

Loading...
Was this helpful?
MD
Marc D. Reviewed by Marc D.
Verified Reviewer
I recommend this product
Rated 5 out of 5

I can definitely assure you it doesnt take like chocolate haha but it has a great smell. Super happy with the product. 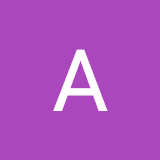 Alice S. Reviewed by Alice S.
I recommend this product
Rated 5 out of 5

Have been looking for a mushroom mix that also contains turkey tail, seems incredibly difficult to find. Tastes good too :)

Loading...
Was this helpful?
Use left/right arrows to navigate the slideshow or swipe left/right if using a mobile device